You Are Here: Lübbecke, Marco 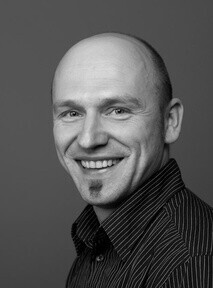 Marco Lübbecke, born 1971, studied mathematics at TU Braunschweig where he graduated in 1996. He received a
doctoral degree in mathematics from the same university in 2001. He completed his habilitation thesis in mathematics at TU Berlin in 2007. During the academic year 2009/2010 he was a visiting professor for discrete optimization at TU Darmstadt, before he became a full professor and chair of operations research at RWTH Aachen in 2010. Marco's research has been both, theoretical and applied, and he understands his work as truely insterdisciplinary: he feels home in operations research, algorithmic discrete mathematics, as well as theoretical computer science.