You Are Here: Professor Robert Böhm 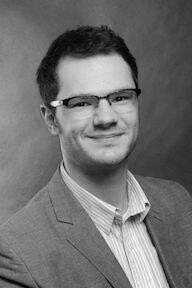 Robert Böhm was born in 1983. From 2002 to 2007 he studied psychology and intercultural communication at Chemnitz University of Technology and also at Utrecht University in the Netherlands. Subsequent to graduation, he became a doctoral fellow at the International Graduate College "Conflict and Cooperation between Social Groups" as well as at the International Max Planck Research School on "Adaptive Behavior in a Fundamentally Uncertain World" in Jena." During his doctoral studies, he spent periods as a visiting research scholar in the Center for the Study of Rationality at the Hebrew University of Jerusalem, and also at the University of Kent in the U.K. He received his doctoral degree from the Friedrich Schiller University of Jena in 2010. His doctoral thesis incorporated aspects of both social psychology and experimental economics. Having gained his doctoral degree, he then became a post-doc at the Center for Empirical Research in Economics and Behavioral Sciences, short CEREB, at the University of Erfurt. In July 2013, Robert Böhm took up a position as "Juniorprofessor" (Assistant Professor) of Decision Analysis in the School of Business and Economics at RWTH Aachen University.